Please place your orders on or before Tuesday 31st May to ensure delivery before the Jubilee Bank Holiday weekend.
We also expect some delays to deliveries the following week as the courier network deal with the backlog of parcels. 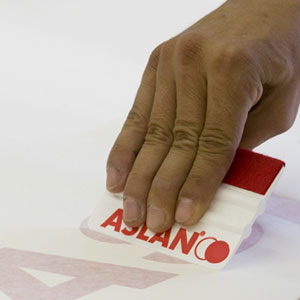 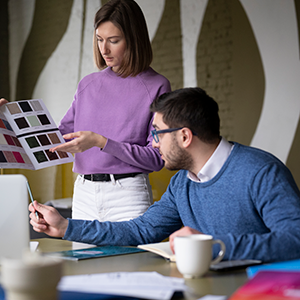 Calendared films start life as solid pellets that are melted and compounded with heat and pressure in a mixing unit. This then extruded and drawn through a series of temperature controlled rollers so stretching and flattening it out to a uniform thickness; typically 70μ - 100μ. Though not as high quality as cast films in demanding applications, the film produced by this process can nevertheless be adequate in less demanding conditions. Calendared films come in two types: polymeric and monomeric (see below) which refers to the plasticiser added during the manufacture to make it soft and flexible.

The least expensive vinyl film is monomeric calendered. The monomeric plasticisers used are oily substances with a low molecular weight which slowly migrates to the surface of the film causes it to shrink and become brittle. These films are therefore not suitable for demanding exterior applications such as vehicle liveries or fascia signs. The face film of monomeric film is not stabilised so it will almost certainly shrink to reveal the adhesive beneath. Dirt will adhere to this revealed adhesive and will be clearly visible as a sticky, black outline around the lettering and other elements. The sticky black outline is usually only the start of more severe degradation to come. Eventually, the vinyl face film will begin to curl up and flake off like peeling paint. Monomeric films, therefore, are best suited to short-term exterior applications and interior work.

The Polymeric plasticisers used in Polymeric calendared films contain a more complex molecular chain which is less mobile. The resulting film is therefore more durable and has better UV and temperature resistance. However, although they have developed significantly over the years, they still fall short of the stability and durability of cast films. Polymeric films fare much better in exterior applications than monomeric films but are not suitable for application over surface irregularities such as rivets and corrugations. For less demanding exterior work, polymeric films offer a workable alternative to cast. If there is any doubt as to which film to use, avoid risk and choose cast film.

A cast film is a premium grade vinyl that starts life as a liquid which is then poured onto a casting sheet and then moves slowly through a set of temperature controlled ovens where the solvent evaporates leaving behind an extremely thin layer. This then gets rolled; typically to 50μ or even 30μ. Cast films have no memory and are stable, so shrinkage is barely perceptible. Because cast films are thinner and softer, they are easier to cut, weed and apply. Cast films conform over substrate irregularities such as rivets and textures, making them the preferred option for the most extreme exterior applications, especially vehicle wraps. Cast films are also often used for interior or less challenging applications when special or Pantone colours are required. If there is any doubt as to which film to use, always choose cast for its enduring quality and long life.

These films use special pvc compounds and high quality pigments to create a film with a high degree of dimensional stability and outdoor durability.   The softness that is inherent in this type of vinyl makes it perfect for full vehicle wrap use.

The molecular force of bond between the adhesive and the surface to which it is applied. Measured in Newtons per 25mm square.

The internal strength of an adhesive that prevents it from splitting and leaving a residue.

Adhesives come in various forms and each vinyl or film will have the right adhesive properties to match the material characteristics:

Liners fall in to two catergories:

Some plastics with low surface energy (dyne level) are non receptive to bonding with printing inks, coatings or adhesives. By passing the material through a corona treatment process the surface energy is modified to improve adhesion. This is a safe and economical process done at the production stage that involves converting standard electricity into high frequency power and delivering it to the surface by means of a cermaic or metal electrode over an air gap.

The European measurement commonly used to display the thickness of a vinyl film.  1 micron (µ) equals one thousandth of a millimetre, 0.001mm.  A typical 75µ vinyl is therefore thinner than one tenth of a mm.

The American measurement commonly used to display the thickness of a vinyl film and not to be confused with mm.  1 mil (one thousandth of an inch) equals 0.0254mm.  A typical 75µ vinyl could therefore be described a 3 mil.

This acronym stands for Grams per Square Metre and is the weight measure for various non-adhesive flexible media such as paper, canvas and banner.

The angle of the cutting blade is measured in o degrees. The correct blade angle depends entirely on the material being cut. Here is a general guideline:

The offset value is the distance from the centre of the blade to the cutting edge of the blade and is specified by the manufacturer of the blade. The offset determines the blade's turning radius and how it compensates for distance while turning corners.

The cutting force value is measured in grams (gf) and depends entirely on the material being cut and the angle of the blade being used. Here is a general guideline:

There are a number of different types of file formats for graphical images and each one stores the data in a different way but fall in to two separate categories.

Raster images are pixel based and are best used when printing non line art images such as photographs as it is possible to include chromatic graduation and complex composition. Raster files are resolution specific meaning that they are intended to be displayed at one specific resolution. Increasing the image size will result in a loss of quality with images looking jagged and decreasing the size will result in blurry less crisp images. Raster file types include TIFF, JPEG, GIF, PNG and BMP and are also the most common type of file for displaying web graphics on screen.

Vector images are based on mathematical formulas that define geometric curves, circle, polygons and lines. Because of this vector graphics are best used for line art graphics such as logos, icons, charts and text. They are much more versatile than raster graphics and flexible so that graphics can be resized indefinitely without the loss of quality. Vector file types include EPS, AI, PDF & SVG.

The colour mode determines how the components of a colour are combined and displayed and there are some important differences between them.

CMYK stands for Cyan, Magenta, Yellow and Black (K stands for key as it was the black plate that was called to key plate on old printing presses) and printers lay down these colours in layers of dots (see DPI below) to produce the colour that the eye will see. This mode is used for all litho and digital printing.

RGB stands for Red, Green and Blue and represents colours of light that is viewable on a screen or monitor making it perfect for use on website and digital advertising.

If a graphic file is sent to print using RGB colour mode it will look very different that if it was sent over in CMYK format. This is because the printer has to change the image to CMYK to be able to process it correctly so it is always recommended that when sending artwork to print that it is done in CMYK mode.

DPI stands for Dots per Inch and refers to the amount of printed dots in an inch of the print. The larger the DPI, the higher number of dots and the clearer the print will be.

Usually, the higher the DPI, the higher quality of print and this is important for large format graphics but it is not always necessary to print at the highest DPI. If the print is small, using a high DPI may just be a waste of ink and might result in poor drying times.

If you would like to add to or can suggest any changes to these pages please feel free to contact us at any time. 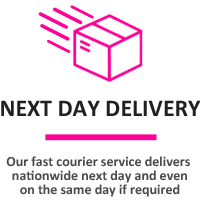 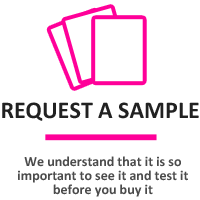 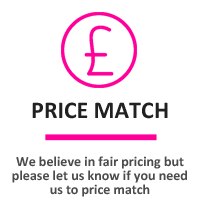 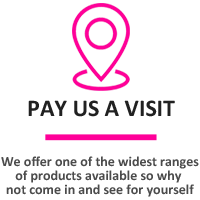